The myelin-producing cells of people with multiple sclerosis are healthy and functioning, remyelination is prevented by inflammation. 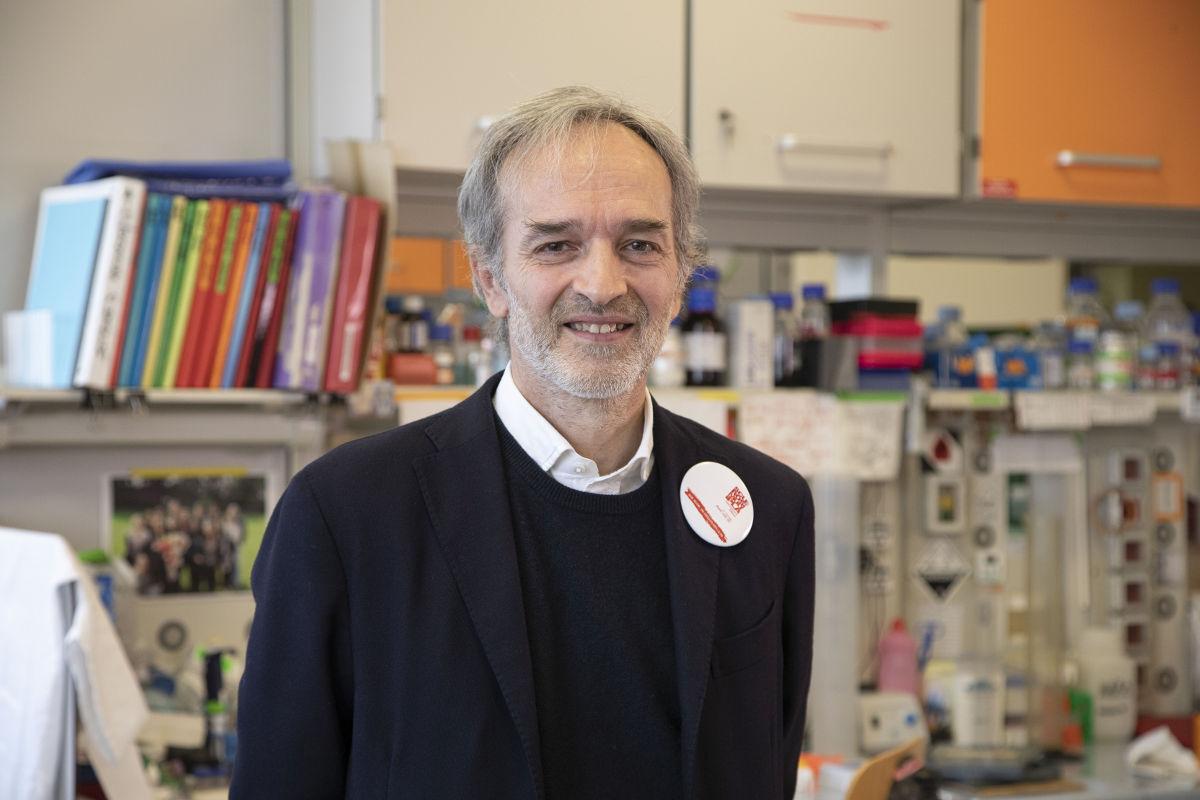 Cells that fail to reconstruct damaged myelin in people with multiple sclerosis (SM) are not different from the cells of healthy people. Their regenerating potential is conditioned by the inflamed environment and not by intrinsic factors in the cells themselves. This is the important result achieved by two international research studies, resulting from a collaboration between researchers at San Raffaele in Milan and colleagues at University Hospital Münster, ICM (Institut du Cerveau et de la Moelle épinière, l’Hôpital Pitié Salpêtrière) in Paris and McGill University in Montreal.

This results are part of the BRAVEinMS research program – coordinated by Professor Gianvito Martino, pro-rector of research at Vita-Salute San Raffaele University in Milan – which aims to develop new and innovative therapies for multiple sclerosis and involves 8 research centres throughout the world. BRAVEinMS is supported by the Progressive MS Alliance (PMSA),  an international alliance that aims to accelerate the development of treatments for progressive MS, and AISM with its Foundation is one of the alliance’s main member.

«This is an important turning point in understanding the mechanisms that lie behind multiple sclerosis» comments Professor Martino. The paper published today in the magazine Science Advances, confirms in vivo the results of research published last September by the same researchers in the prestigious magazine Acta Neurologica, providing new strenght to the emerging evidence.

«We compared oligodendrocytes taken from induced pluripotent stem cells from three people with MS and three healthy people, including two pairs of identical twins who do not share the disease. We discovered that the cells of people with MS are indistinguishable from the cells of healthy people and their ability to produce myelin is compromised only when they are in contact with inflammatory cells. The “normality” of the myelin-producing cells of people with MS has also been confirmed by the results achieved by transplanting the same cells in animal models without any myelin. Our results indicate that the inability to remyelinate observed in people with MS is not due to intrinsic differences in the oligodendrocytes, but it is caused by the inflammatory environment present in MS lesions» state the researchers Tanja Kuhlmann (University Hospital Münster) and Anne Baron-Van Evercooren (ICM, INSER, Paris).

«MS has always been considered a disease of the myelin, that is a disease that progressively worsens because myelin-producing cells (oligodendrocytes) are no longer able to produce functioning myelin. It was thought that the cause of all this could be due to an intrinsic factor of the oligodendrocytes. Today, thanks to this research we know that this is not the case and that the cells that produce myelin in people with MS are not defective in themselves, on the contrary, they are able to produce healthy and functioning myelin. It is the inflammatory environment in which they find themselves that conditions their regenerative properties» declares Professor Martino.

Data emerging from this research gave new evidence on the pathological mechanisms of MS and open to new pathways for possible therapeutic strategies.

«From our observations, it is clear that the inflammatory process which develops during MS is responsible, and not myelin-producing cells. Inflammation is active from the very beginning of the disease and attacks the cells in the nervous system, whether oligodendrocytes or neurons. Hence we need to develop new neuro-protective therapies able to block the inflammatory process that occurs at the onset of the disease and the consequent deterioration of the tissues, which is then ultimately responsible for the neurological deficits that develop. By doing this, the cells in the nervous system of people with MS, which today we know are healthy, can go back to efficiently carrying out their job» concludes the professor.

This is the target of the BRAVEinMS project, which has advanced the two research projects mentioned above. A great collaborative network which has the aim of selecting a series of neuroprotective molecules that can be used in the treatment of progressive forms of MS. The project began in 2016 and it has already analysed in silico – or through a computerised simulation – and in vitro, thousands of molecules using innovative methods and tools making it possible to select the most promising.

The International Progressive MS Alliance (PMSA) exists to accelerate the development of effective treatments for people with progressive forms of multiple sclerosis to improve quality of life worldwide.  It is an unprecedented global collaboration of MS organisations, researchers, health professionals, the pharmaceutical industry, companies, trusts, foundations, donors and people affected by progressive MS, working together to address the unmet needs of people with progressive MS ─ rallying the global community to find solutions.  Our promise is more than hope, it is progress.