Awarded on 27 November 2020 at the annual Italian Multiple Sclerosis Foundation (FISM) conference. This prize is to help young researchers focused on multiple sclerosis (MS). The winner studies the role of mitochondrial metabolism as a potential therapeutic target to treat progressive MS. 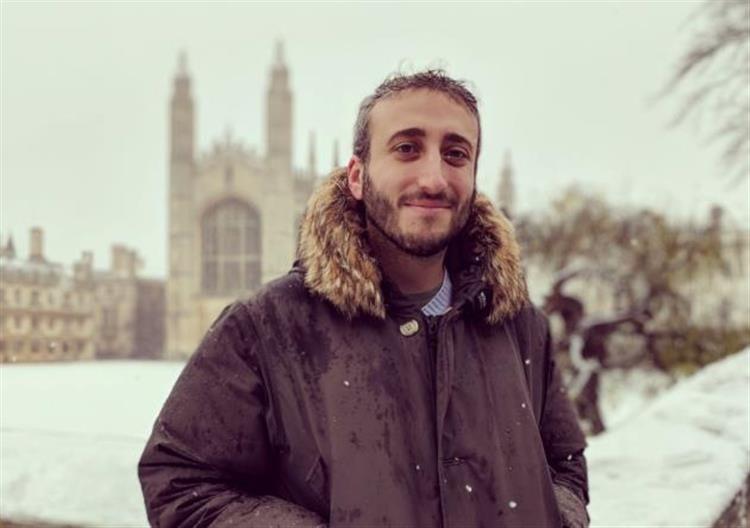 Mitochondria are the powerhouses of cells, which regulate how energy is produced through complex chemical reactions (metabolism). Cell metabolism, in turn, determines how cells survive and maintain their most complex functions. When mitochondria cease their normal activity, cells -- including those of the immune system -- begin functioning abnormally, thus contributing to the continuation of autoimmune diseases. This phenomenon is increasingly relevant as it could potentially become a new target in the fight against disease progression in MS.

This is the focus of the research presented by Dr Peruzzotti-Jametti, winner of the prize for best poster by a young researcher, during the Annual Italian MS Foundation conference. This prize, consisting of 500 Euros, is sponsored by FISM and will enable Luca's further research of MS.

MS is a disease in which the cells of the immune system attack the central nervous system (CNS). In the progressive form of the disease when patients develop irreversible disabilities despite the absence of acute symptoms, the immune cells responsible for the CNS damage are called mononuclear phagocytes. Studying these cells could bring about new therapies to stop the progression of MS. «Over the years, we have come to understand that the mononuclear phagocytes that reside in the CNS (microglia) and those that come from the blood (microphages) are abnormally active in patients with progressive MS», explained Luca. However, the mechanisms that lead to this phenomenon are still poorly understood. «In our laboratory at Cambridge University, we are studying how the metabolism of microglia and macrophages leads to a detrimental activation of these cells and how mitochondrial function can be modulated to switch off chronic inflammation».

In previous studies, Luca and his colleagues demonstrated that an intermediate of the mitochondrial metabolism called succinate plays a key role in the chronic inflammation of the CNS. «In order to further understand the role of succinate and more generally speaking, the role of mitochondrial metabolism, we adopted an animal model of MS that allows us to isolate the microglia and macrophages at the single-cell level. This has allowed us to obtain high-resolution images of the cellular changes that underlie the immune system activation and to identify the succinate-mitochondrial Complex I as a novel pharmacological target». Indeed, when Luca and his colleagues blocked mitochondrial Complex I activity in microglia and macrophages genetically, they observed a beneficial effect in the brain and spinal cord with a significant amelioration of chronic symptoms of disease.

«In the future», says Luca, «we will investigate how to modulate this target using molecules that can be translated into clinical practice. The dysfunction of mitochondria in microglia and macrophages seems to be rather selective and thanks to our study, we know that it is also reversible». This research paves the way for the development of further pharmacological inhibitors, which will strengthen our arsenal of treatments for the progressive form of MS.

Luca recently completed a Senior Research Fellowship, supported by FISM, and he subsequently received a distinguished Clinical Research Career Development Fellowship from the Wellcome Trust, during which he will be based at the Department of Clinical Neurosciences at the University of Cambridge under the mentorship of Dr Stefano Pluchino. FISM hopes that this prize will help Luca to continue his work in MS research.

Biography
Dr Luca Peruzzotti-Jametti comes from Somma Lombardo, Italy. He received his medical degree in 2007 and completed his residency in Neurology in 2013 at the Vita Salute San Raffaele University in Milan. Luca has worked as visiting scientist in several European institutions, including: the University Hospital in Zürich (Switzerland), the University of Aarhus (Denmark), the Laboratory of Stem Cells and Restorative Neurology, University of Lund (Sweden) and the University of Innsbruck (Austria). Thanks to a Wellcome Trust Research Training Fellowship, in 2018 Luca completed a PhD in Clinical Neurosciences at the University of Cambridge (UK) where he currently works as researcher and honorary neurology consultant. He was awarded a Senior Research Fellowship from FISM in 2018, and his research on Multiple Sclerosis has been recognised by the Italian Embassy in London (Italy Made Me Award), by the Cambridge Society for the Application of Research, and by the Wellcome Trust with a Clinical Research Career Development Fellowship.